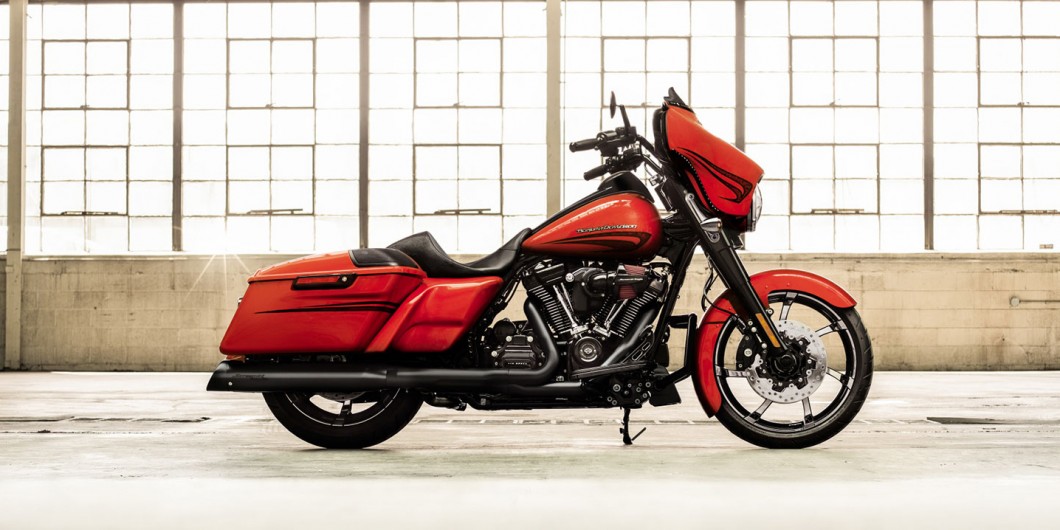 As Millennials begin to earn more money, ageing brands are looking to convert that new purchasing power into a desire to purchase.

Generations come and go, with tastes and clothing styles evolving from one to the next. But along with that comes social and cultural change, and the emergence of new technologies too. Everyday objects seemingly disappear from memory… only to be revived when there’s a surge in nostalgia. “Anyone interested in buying my CD collection? I’m looking to buy a turntable and get into vinyl!”

For a brand like Harley-Davidson, this is a Herculean task. In 2014, almost half of motorcyclists were over the age of 50. Sales in the U.S. were declining, even if the legendary American brand represents one out of every two bikes on the road. Turns out, today’s youth are less apt to get a driver’s licence and are less eager to own a vehicle.

For the teens of yesteryear, having a shiny new 1974 Ford Pinto meant freedom and taking out your favourite girl, but having a smartphone and excelling at social media is what motivates youth today. The result? Teens drive less and spend proportionally less on transportation than their parents did. This is bad news for a manufacturer like Harley-Davidson.

The Millennial generation has delayed many of the usual big purchases due to low incomes and student debt. Now that there’s an observable uptick in earned salaries, this generation is more interested in starting a family and concentrating their resources on more reasonable purchases. With the rising costs of motorcycle ownership and insurance companies getting greedy, members of this new middle class won’t make a Harley a priority. Again, bad news.
In such a context, how can Harley-Davidson reclaim its cool? Especially since the brand still represents the free-spirited boomer, long silver hair blowing in the wind and listening to “Born to Be Wild”…

Determined to maintain cruising speed, the Milwaukee-based manufacturer drew inspiration from car brands that had to rally back. To dust off its image, Harley-Davidson used a variety of seductive moves: like offering more affordable models and placing the product in superhero movies like Captain America and The Avengers, as well as sponsoring X Games (extreme sports competition) and Ultimate Fighting Championship, a competition for mixed martial artists. It even opened the Harley-Davidson Riding Academy for newbies. These actions refreshed the brand, while also sharing its rebel tradition with a new generation.

Tapping into a younger market is a process that can take years. That’s why some motorcycle brands are trying to get a jump start by patiently pursuing markets that are under-estimated by other brands. First example, women. Photos of women riding motorcycles are popping up online and in advertising. Thank goodness Harley-Davidson didn’t stoop to making pink bikes. The Quebec Motorcyclist Federation (FMQ) has attributed a lift in the number of registered motorcycles in Quebec to women riders.

Second example: increasingly targeting African-Americans and Hispanics. These markets too will age; so If Harley-Davidson doesn’t woo new riders, the brand will have to face the same issue all over again.

But this is not the only brand grappling with an ageing customer base. Numerous industries are feeling the crunch, with some being completely jeopardized by it. Big (often dominant) brands have trouble appealing to new customers. And because the big players can afford to overlook the first signs of trouble, they often get the wake-up call too late.

Branding, however, is not the only solution. Companies must also keep pace with the undercurrents and adapt their offer accordingly, like the more affordable line of bikes. Blockbuster was crushed by online movies, but Netflix developed a paid subscription model. The new iPhone revolutionized the concept of mobile, while BlackBerry underestimated the importance of entertainment and had to fold its production activities.

Garmin went another way entirely; as the GPS it produced was slowly replaced by localization apps, it found new life in sports and connected watches. Some brands had everything already in place, but then dropped the ball: Kodak invented the digital photo camera, but neglected the prototype for fear it would deter from camera films sales.

Preferences are also influenced by fads and the natural evolution of everyday items. Think of those who invested their retirement funds in waterbeds or the phone book!

For many brands, when faced with a new generation’s shift in priorities or tastes, it is tempting to blame things on the economy or lower salaries. But as Millennial salaries continue to grow, how many ageing brands will be able to convert purchasing power into a desire to purchase?

This article was originally published online in French on L’actualité.