Each week, we share the top five articles that caught our attention. Here are your must-reads, published here and abroad, for the week of April 23rd 2018.

The appification of friendship
Millennials increasingly feel isolated and alone. Can the internet help solve a problem it created with new platforms and mobile apps?
→ Read it on The Outline Pocket

I work, therefore I am
Who should a CEO turn to in times of crisis? A lawyer or an executive coach? How about… a philosopher? Many companies are turning to professional thinkers to help them reflect and work through difficult decisions.
→ Read it on The Guardian Pocket

Navigating the web after 40 years in prison
After four decades in prison, Edward Minor, 62, is re-integrating into his community. Not surprisingly, he has a lot of catching up to do. One of his biggest challenges? Navigating the online world.
→ Read it on Splinter News Pocket

Alexa is a revelation for the blind
When we talk about Alexa, it’s usually about recent innovations. how its design compares with other models, or even questions about security and confidentiality. But what about its actual usefulness? Especially for the blind…
→ À lire dans The Atlantic Pocket

How brands are marking marijuana’s increasingly mainstream holiday
#Sponsored
AdWeek presents its favourite 4/20 ads, from safe rides with Lyft to trippy ads for pot(ting soil), featuring a ukelele-playing Aunt Mary and her indoor gardening tips for Mighty Blend.
→ Read it on Adweek

In your earbuds: Sandra
Kristen Wiig and Alia Shawkat star in a new podcast series called Sandra produced by Gimlet Media. This fictional story follows Helen, who thinks that a new job will help her escape her banal existence. But working for a virtual personal assistant proves to be more disruptive than first imagined.
→ Listen to it on Gimlet Media

This week’s favourite thing
Live parrots, rainbow hammocks, exploding bricks … Britain is on the verge of a Brazilian art invasion—and it all started with a wartime gift for embattled airmen.

Image from The Girlfriend 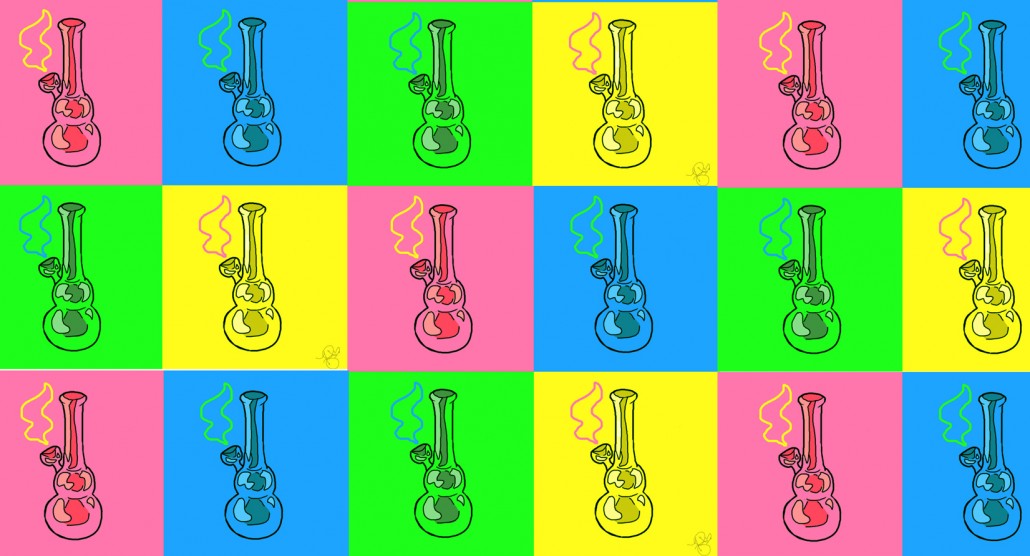